On my last day in Berlin, I visited Flughafen Tempelhof Airport to look into another historic event that fascinates me – the Berlin Airlift. Apart from the fact that it’s one of the few heart-warming Cold War stories, I have an interest because my dad was with the British Royal Engineers and involved in building the airstrips for the airlift.

The airport (no longer in operation) was built by the Third Reich on a massive scale. It was intended to be part of an even bigger project to show off Hitler’s mighty air power. Fortunately, he lost the war and it became an American base for the next twenty years. During the twelve months of the airlift, US planes landed here every 90 seconds, with others landing in the British and France sectors, bringing in everything the Berliners needed to survive – this the only plane left now. 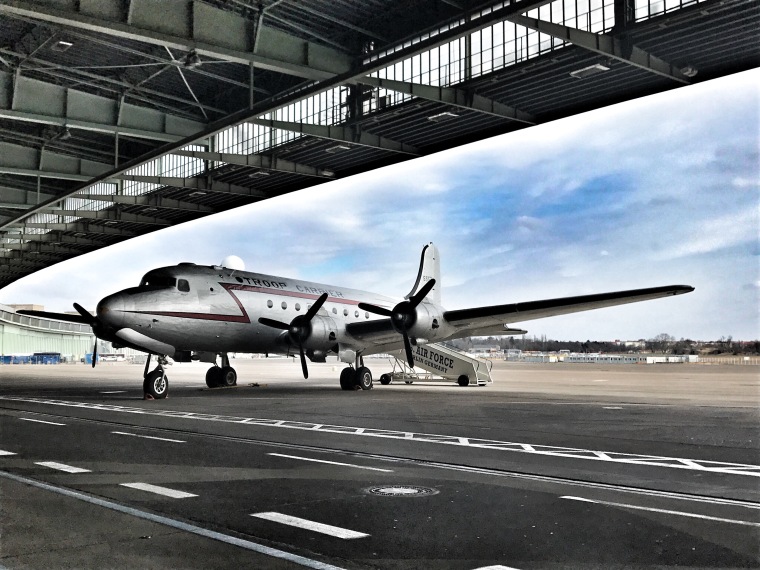 One thought on “Last Day in Berlin”